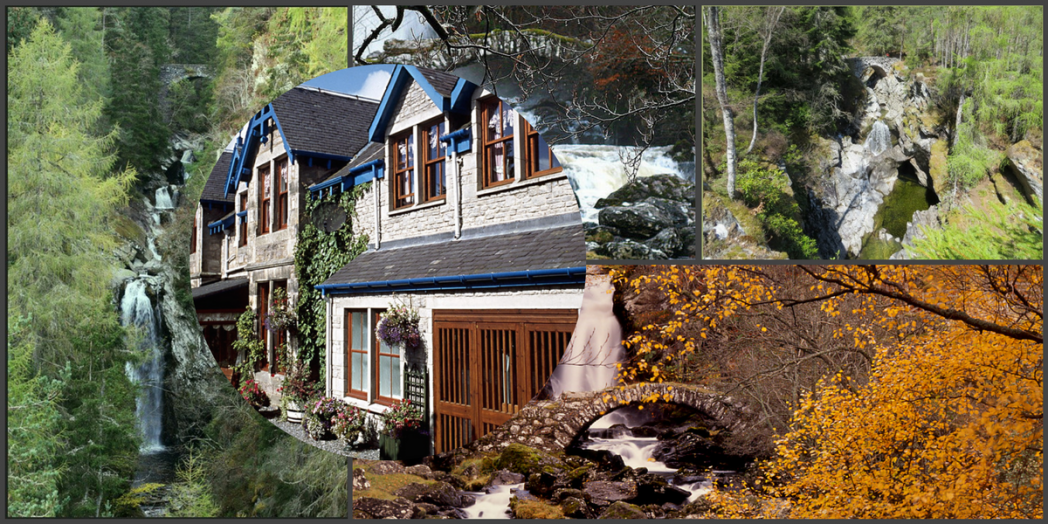 Things to do in Pitlochry – Waterfalls of Perthshire

Things to do in Pitlochry from Rosemount Hotel

“Nature does not hurry, yet everything is accomplished” . . . . Lao Tzu

This page shows you the hotel, with links to detail of some special offers, and information about a few of the waterfalls of Perthshire that are very close by. There are links to other features of tourist interest along the way.

Take a Tour of our Pitlochry Hotel Rooms

Click on room for detailed information and booking links

Why not Phone us? We can discuss your needs in detail

Check availability and rates below

Please use our calendar checker to investigate dates and rates. You can also follow the link to our Pitlochry Hotel Rooms to see our Pitlochry accommodation in detail. 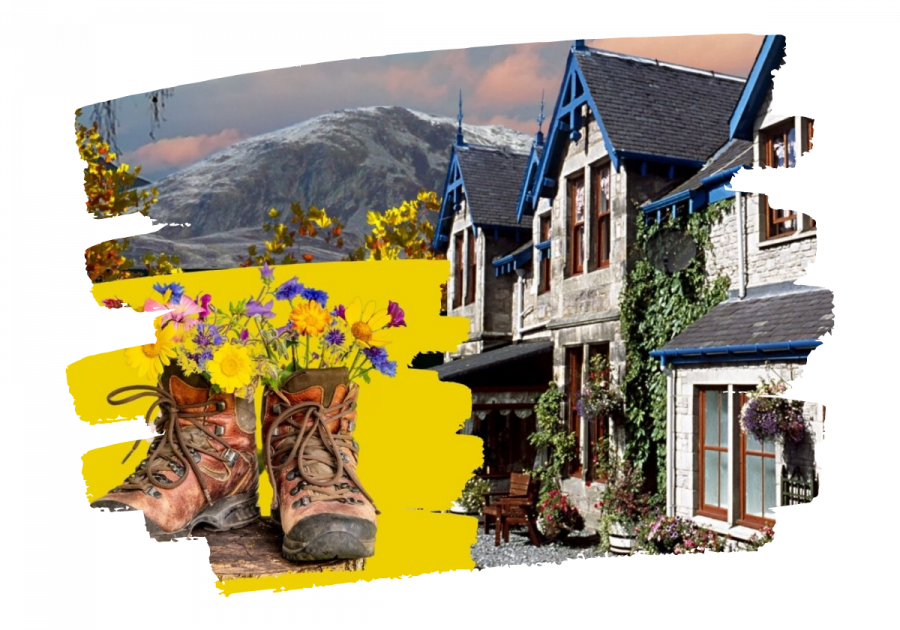 Reviews by past guests at Rosemount Hotel Pitlochry number in their thousands, across various media, and are an excellent tribute to the craft skills of our wonderful and dedicated team of staff. Be sure to explore our rates for some great discounts, especially for early and late booking.

One of the first places we recommend to our Guests when asked for things to do Piltochry is the Black Spout Waterfall. Located in Pitlochry, a walk of just ten minutes from Rosemount Hotel, through mixed woodland and only slightly uphill. The scene is tranquil and the sixty metre-high waterfall comes as a bit of a surprise as you approach the top of the gradient. The cascade can be viewed, as it plunges directly into the gorge beneath, from a comfortingly sturdy wooden platform. 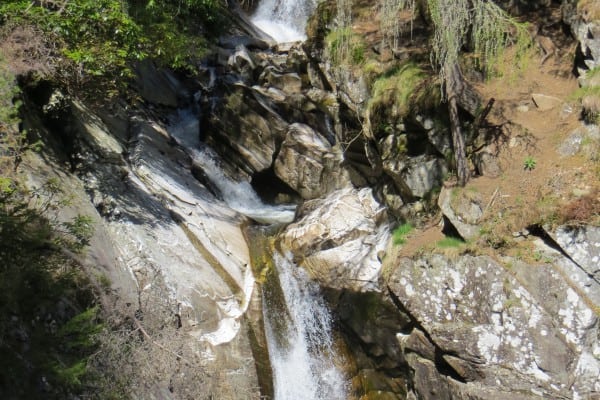 There are a couple of car tours from Rosemount Hotel in Pitlochry that will take in some spectacular waterfalls, especially after periods of high rainfall.

Linn of Tummel Rapids – along the Foss Road

Although not technically a waterfall, this area is a beautiful and peaceful treat fro lovers of moving water. Located along the Braes of Killiecrankie walk, it also offers limited roadside parking at the Coronation Bridge on the Foss Road.

View of the River Tummel from Pitlochry Dam

View of the River Tummel
from Pitlochry Dam

Views of Loch Faskally from Foss Road and Clunie Dam

Views of Loch Faskally along the Foss Road

Linn of Tummel
Along from Coronation Bridge

The Pass of Killiecrankie from the Garry Bridge

The Pass of Killiecrankie
Viewed from the Garry Bridge

Another landmark in our list of things to do Pitlochry – Head just ten minutes up the A9 to the House of Bruar. The burn can be followed from the visitor centre to a well marked path leading to the first of two waterfalls. This may be viewed from a rustic bridge crossing the gorge and also, in a different section by walking up into a small grotto to the left of the bridge. Paths to the left and right of the bridge take you to the second falls, which plunge beneath a second bridge. There is a picnic area here also. The downhill walk is enlivened by the thought of a little retail therapy, coffee and cake at the House of Bruar. 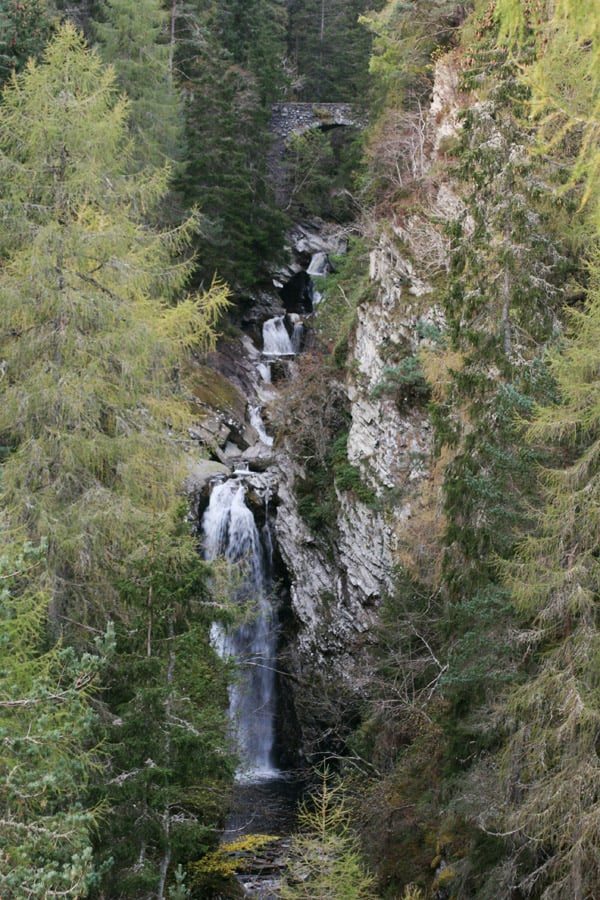 A nice follow through would be to head down to Loch Tay via Glen Lyon, offering the opportunity to take in further spectacular cascades, if desired. The route takes you out of the House of Bruar car park, avoiding th A9 and staying on the small road that runs parallel to it, to Calvine and Struan in the direction of Aberfeldy. Follow signs for Fortingall and Glen Lyon:

Three miles along the single track roads of Glen Lyon from the village Fortingall, opposite Chesthill House and across the river are the beautiful falls of Allt da Ghob, where the stream tumbles down into the River Lyon in a tumbling, mass of foam over rocks nearly 700 feet in height. At the bottom of the falls, is a an elliptical, parapet-less Roman Bridge which is a stone-arched structure of medieval origin. 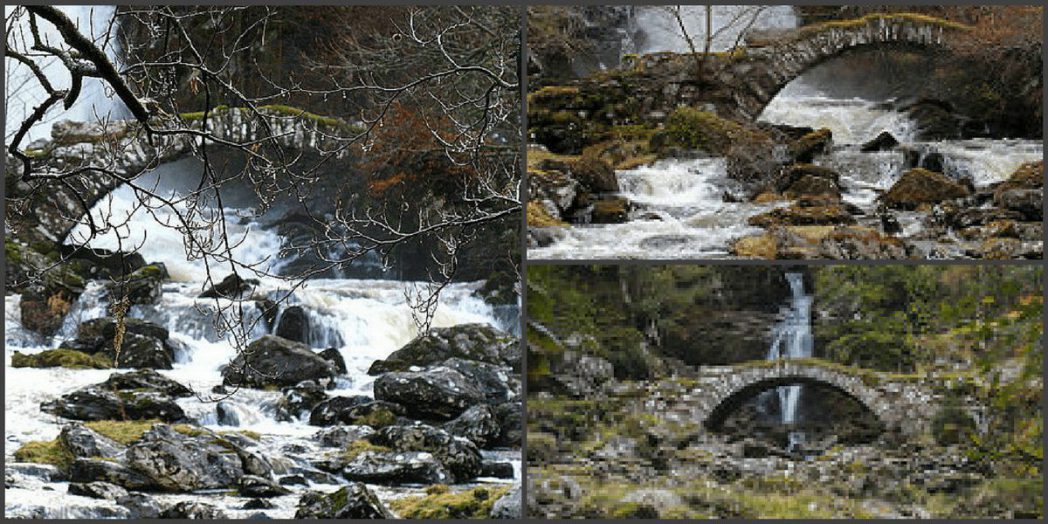 Glen Lyon is one of Scotland’s most beautiful glens and is often referred to as Scotland’s longest, loneliest, loveliest glen… and it is packed with history. 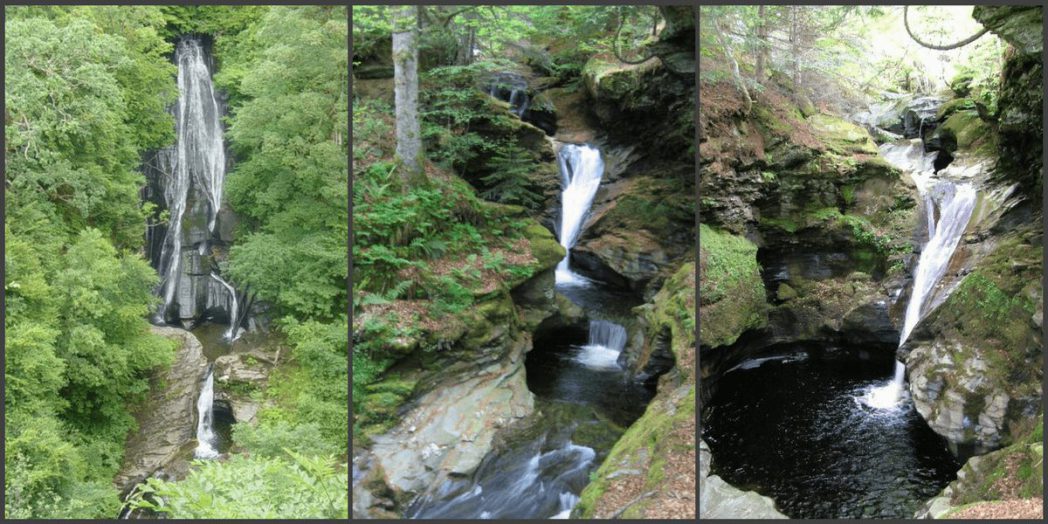 Head for Kenmore and take the southern road along the Loch, past the Crannog Centre. This Falls consists of two systems – the Upper and Lower Falls, a hermits cave and a viewing platform. There is a car park in the village of Acharn. The climb is quite steep, but the views are worth it.

Made famous in song, the Birks o’ Aberfeldy consists of 3 layers of waterfalls rising some 380metres. The path up and down is good, though quite steep in places. 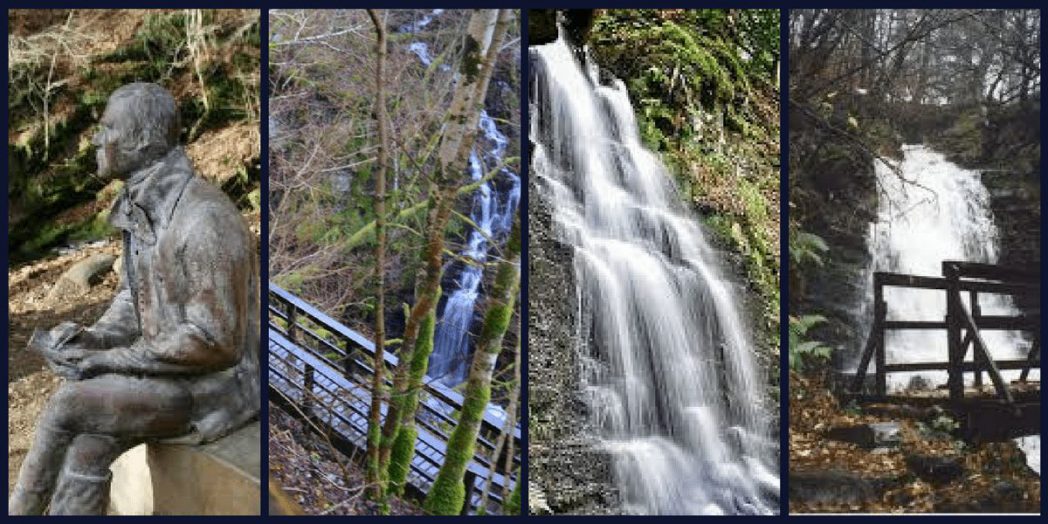 Located just off the A9, around Dunkeld, just 11 miles south of Pitlochry, is the delightful Hermitage riverside and forest walk where the River Braan tumbles over a spectacular falls. There is a viewing platform and strategically placed benches for full enjoyment of the spectacle. Salmon may be seen jumping here from October. Good car park with excellent local ice cream van.

By Anne Urry|Adventure, Day Trips, Pitlochry Breaks, Places to visit, Things to do in Pitlochry|0 comment