More and more doctors are handing out so-called ‘green prescriptions’ to their patients. In green prescriptions, GPs suggest health-boosting activities and destinations alongside or as alternatives to medication. They first appeared in New Zealand in the 1990s are now being given out in the UK, with numerous health professionals emphasising the importance of exercise, fresh air, scenery, countryside and nature reserves in promoting physical and mental well-being. As providers of accommodation Pitlochry Scotland, we know well the importance of the stunning nature, that surrounds us in every direction, to our guests.

How Much is Our Health Worth?

Recent studies have cited a lack of exercise as the second-biggest cause of premature deaths behind smoking. Spending time exploring and exercising in green spaces can lower blood pressure, reduce stress and depression and help combat obesity. Experts predict that even more GPs will offer green prescriptions to their patients as part of attempts to improve both the physical and mental health of the nation in coming years.

Pitlochry is an ideal destination for healing the mind and body in a picturesque setting. Not only is Pitlochry a wonderful place to visit in its own right, with its characterful Edwardian holiday accommodation Pitlochry Scotland, but it is also conveniently located close to a host of iconic Scottish towns, cities and other destinations. Amongst these are included Aviemore, Balmoral, Inverness and Loch Ness, Fort William and Glencoe, Stirling and the Trossachs, Fife Coast and St Andrews, Edinburgh. A Perthshire Walking Break might prove to be exactly what a forward-thinking doctor would prescribe

Pitlochry’s fascinating wildlife, epic walking trails and cinematic scenery offer the perfect contrast to hectic town and city life. Located in Perth and Kinross, Pitlochry welcomes visitors from all walks of life each year. It is noted for its clean air, excellent hospitality, vast open spaces, great food and places to see. Tourists have been heading to Pitlochry for over 150 years. There are many options available to you if you require outstanding accommodation in Pitlochry, whether you’re on a budget or have more to spend.

The Braes ‘o Killiecrankie walk covers a range of options for riverside/lochside walking over a range of circular routes varying between 3 and 11 miles from Rosemount Hotel Pitlochry. The walk may be further extended up into the hills, along the Beallach route.

View of the River Tummel
from Pitlochry Dam

Views of Loch Faskally along the Foss Road

Linn of Tummel
Along from Coronation Bridge

The Pass of Killiecrankie
Viewed from the Garry Bridge

Are you searching for places to stay in Pitlochry? Rosemount Hotel in Pitlochry, Scotland is an excellent base for exploring Highland Perthshire. This ever-popular villa offers stunning views across Pitlochry and the Perthshire hills, as well as hearty cuisine and the warmest of welcomes. Why not take a closer look at Rosemount’s Pitlochry Accommodation Offers today if you’ve been handed a green prescription?

How fabulous to have the opportunity to enrich your life with having spent some time in a place of great beauty. If the pocket is not severely compromised in the process, then all the better. Some of the special offers at Rosemount can make us a high-value prospect for a place to stay. Basically, we can be thought of as one of the cheap hotels in Pitlochry, but there are many surprises when it is discovered how much value accrues to the price tag.

EARLYBIRD DISCOUNT
UP TO 30%

LATE AVAILABILITY OFFERS
UP TO 20% DISCOUNT 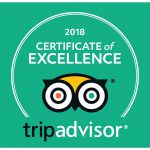 Check In / Check Out

Check in – 3pm. Check out – 11am. Should you require earlier or later check in/check out, please email us and await our reply. We will always do our best to meet such requests. On busy days this will not be possible, however.