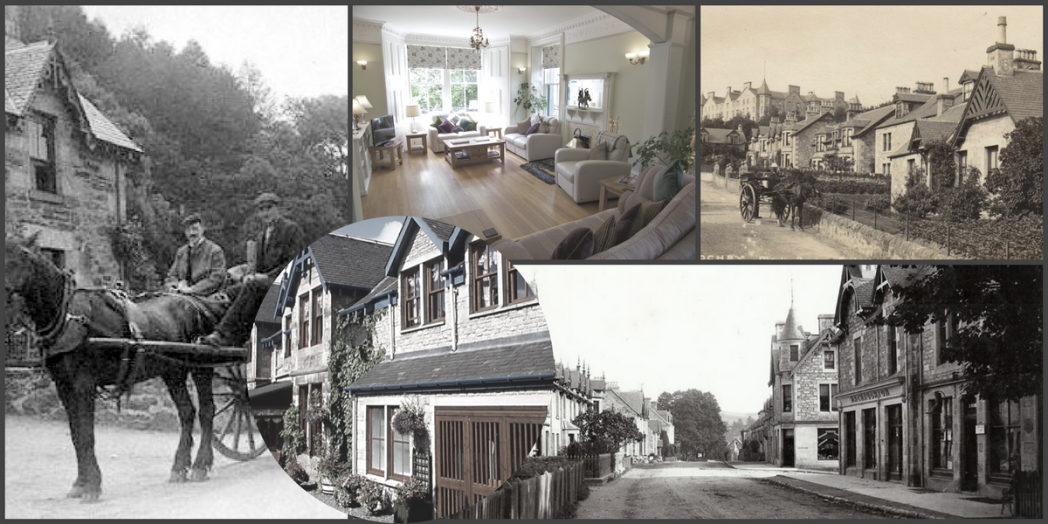 The Halcyon Days of Pitlochrie Hotels

Rosemount is an Edwardian villa, now converted to a delightful small hotel. How fabulous to sit in the light-filled lounge and look out at the garden. You can clearly see that it would originally have swept some further 50m, or so, to the road below. Thoughts inevitably turn to the folk that lived here over a hundred years ago. I think it must have been a gracious life – more modest than the flambouyant Victorian era. Nevertheless, the successful merchant owners of these Pitlochrie (as it was spelled then) villas would have been wealthy. So . . . what of the construction of the forerunners of today’s small Pitlochrie hotels?

Style and elegance in a peaceful setting overlooking stunning scenery

. . . to quote the Telegraph’s Clive Aslett . . . “The construction and integrity of Arts and Crafts houses has withstood the test of time. It’s no surprise that Arts and Crafts architecture should be one of the most enduringly popular of domestic styles. The soundness of the building, the excellence of the details, and the mellowness of homes that look as though they have emerged from the soil on which they are built, would ensure a following.”

It simply hasn’t occured to me that there has been an alternative spelling to the name Pitlochry. Surprising, therefore, to unearth a mass of tourism related guides and novels from the mid to late nineteenth century in which the name Pitlochrie frequently appears. The text is completely charming. Additionally, it’s fabulous to be able to relate to tales and descriptions from over 150 years past directly to places that are still in the same form today.

Delicious Prose from a Bygone Day

Here’s delightful passage from Black’s Picturesque Tourist of Scotland of 1881.

It describes Pitlochrie as . . . .  “a place that has recently acquired a considerable accession of visitors. (This,) on account of its high and healthy situation, its easy access and the number of pleasant excursions in the neighbourhood. (These include) that to the Pass of Killiecrankie, where the tourist, heedless of the mishaps of bogged shoe or torn garments may make his way into the woods that overhang the pass of Killiecrankie. (This,) by quitting the highroad at the bridge across the Garry and pursuing a green alley that will be found parting from it at a lower elevation and which wanders through a wild thicket of birch and alder.”

What a lovely way of describing this:- 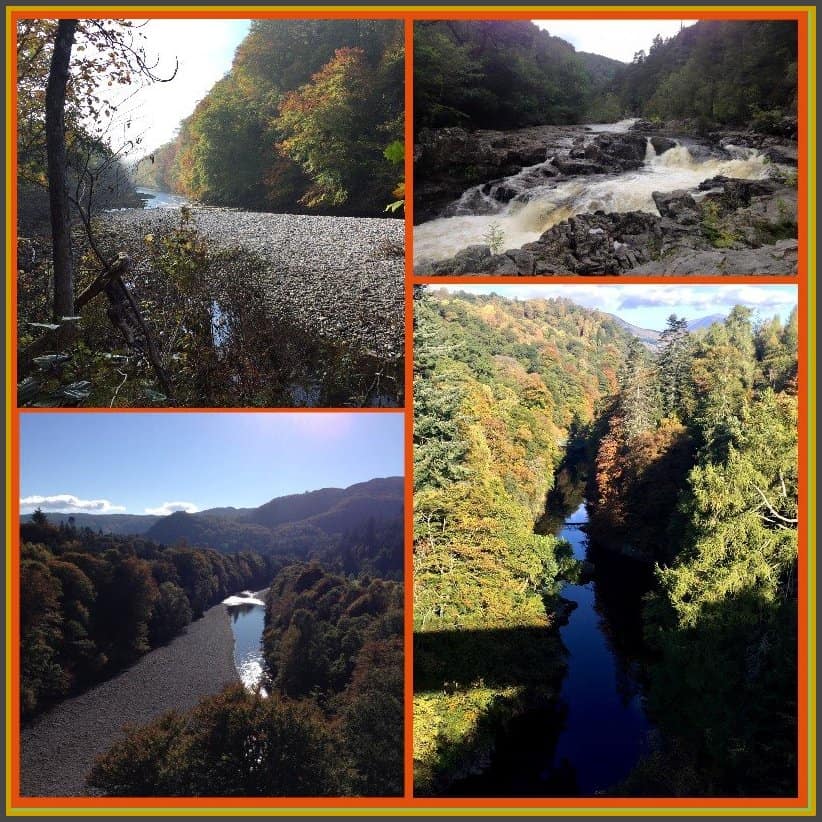 Somehow, this floral language fits the scenery hand in glove – or gauntlet.

Killiecrankie – Home of the Adrenalin Surge

The thought of our guests enjoying the punch of adrenalin as they hurtle over the current Garry Bridge on the end of a Bungee cord  is a source of some relish. However, there’s also a more grounded sentiment, deep down, that empathises with the genteel robustness of the bygone era. Not that these guys were without courage. It would appear that adrenalin surges aren’t a new manifestation at the Pass of Killiecrankie . . . . 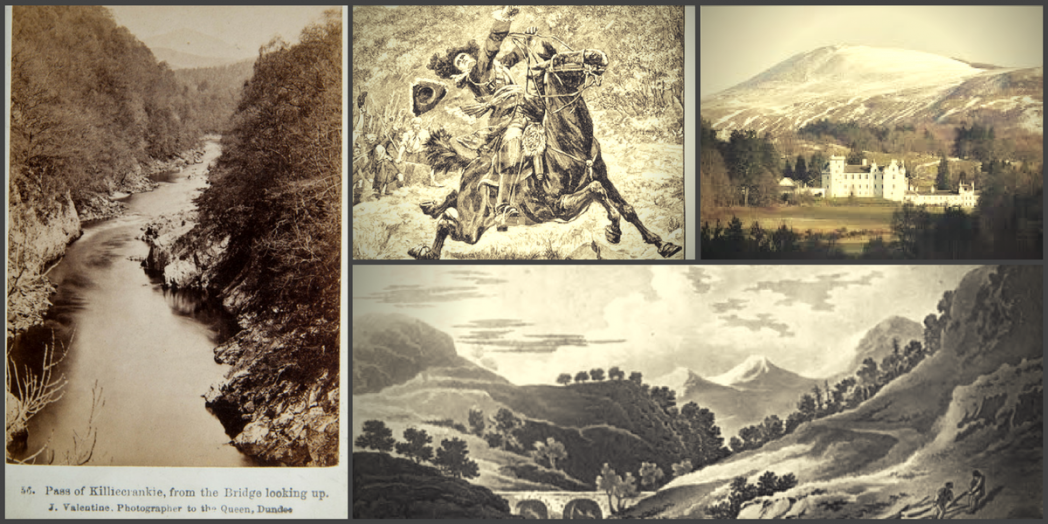 The Battle of Killiecrankie, in 1689, ignited the Jacobite rebellion, as exhibited at the Killiecrankie Visitor Centre . This epic drama can be considered along with tales of pioneering adventurers traversing what is now nicely waymarked hiking territory. Back then, it would have been a unknown rocky river basin running through high sided gorges, through which the River Garry hurtled its way downstream. How easy to visualise that the area has historically been awash with adrenalin.

And what of Endurance?

The mountainous Beallach Pass – now a popular hiking trail – was, in those days, traversed by the goodly folk of Killiecrankie twice each Sunday. This, on their Sunday visit to Moulin Kirk and back, morning and evening. Harken the inference that the proximity of the Moulin Inn to said Kirk might have been more than sufficient motivation. Nonetheless. the stamina levels required of this weekly pilgrimmage will be admired by those who have taken this scenic hike, albeit one-way.